St. Louis Senior High School: Everything You Need To Know!

St. Louis Senior High School is one of 7 Category A schools in the Ashanti Region.

Very few girls’ schools in Ghana have the reputation to compete with their male counterparts and even fewer are able to maintain that reputation year after year.

St. Louis Senior High School in Kumasi is one of those few.

The school has had a long history of excellence and they know it. And they do everything in their power to keep it that way.

Consistently over the years, St. Louis Secondary School has gained prominence for its remarkable results, particularly in mathematics and science. In St. Louis, students reflect the spirit of the school’s motto, “UT-SINT-UNUM DIEU LE VEULT” which translates as “MAY GOD WILL IT THAT ALL MAY BE ON”. Well, God is doing a marvelously fine job there.

St. Louis Senior High School is a Ghanaian educational institution for girls in the Oduom suburb of Kumasi in the Ashanti Region.

Most Rev. Hubert Pailissen, SMA, in early 1949, said; “In this country, scarcely 15 percent of the school-going youth are girls. The people then realized that more must be done to favour this neglected part of the society – the girl child. The chiefs, conscious of their role towards the subject at hand, asked us to establish schools for girls in their respective villages.

For this idea to be successful, it was necessary that the direction of girls’ schools should be in the hands of ‘Sisters of a Teaching Order’ with the necessary experience in the latest development of formal teaching methods.”

On 18th October 1947, the first St. Louis sisters arrived in the country. They were to continue the running of an already-established elementary school, the St. Bernadette School, now popularly called ‘Roman Girls’. True to character, the St. Louis Sisters, who love to do things by themselves decided to establish a new secondary school on the same compound.

In 1952, St. Louis Secondary was officially launched, with an initial group of 12 girls. A few out of this initial group remained to join the second group of 1953 to make a total of forty-two (42) girls. By December 1957, when the surviving group wrote their “O” Level Examination, they numbered 11.

Most of the salaries of the sisters, funds raised, and Diocesan contributions went into developing the compound and acquiring necessary inputs.

The church wanted the Apostolate of Education to develop the essential task of forming strong and enlightened Christians, capable of exercising much influence in social and political affairs. Perhaps, there is no branch that needed more attention than female education.

Long before “Girl child” education became a popular slogan, the Catholic Church and St. Louis understood the depth of its importance. This is the reason the St. Louis sisters and the Catholic church always adopted a holistic approach to education.

Regardless of staffing and financial difficulties, the student population continued to grow. As the student population increased, it was obvious that further accommodation had to be provided. Through the kindness of Nana Osei Agyemang Prempeh II (the then Asantehene of blessed memory), the requisite site was given, and funds were provided by both the Diocese and the Sisters.

Succeeding reports of inspectors testified to the excellence of teaching given by the sisters. These reports paid tribute to the school’s “air of efficiency” and its “very good organization and discipline”. It was upon these commendations that the Ministry of Education, in 1960, wished the sisters would open a Training College on the site on which St. Louis Secondary School now stands.

That same year, 1960, and St. Louis Secondary School moved to its present site. The foundation stone was laid by the late Otumfuo Osei Agyemang Prempeh II, Asantehene, on 25th March 1960 (the feast of Annunciation) and was blessed by Rt. Rev. Andrew van den Bronk, the then Bishop of Kumasi.

The School has had a succession of 7 Head Mistresses and the current Head Mistress is Ms. Ama Kyerewaa Benefo.

The past and present headmistresses are as follows;

In 1960, the sixth form Arts class began with five students. In 1964, the Administration Block was built and dedicated purposely to the “Annunciation” (for we have good news to tell). More buildings were put up to meet the school’s expanding needs.

In 1964, the Sixth Form Science programme began. There was also the planting of shrubs, shade trees, and general landscaping with Sr. Aideen. Today, the school has many more buildings, including a library complex.

To respond to the problem of missionary shortage, the students formed a strong lay apostolate to go to the outlying compounds to teach Catechism, prepare candidates for baptism, and visit lapsed Christians to reawaken their faith. Students also got an opportunity to broaden their outlook by visiting neighbouring countries.

In the 1970s, the school began admitting boys into the sixth form. This continued until the early 1980s when the program ended due to the problem of control.

Impart values, Godly principles, skills and knowledge which will empower our students to be relevant in an ever-changing world.

What is the cost of attending St. Louis?

With the birth of free senior high school in Ghana, fresh students don’t pay any fees. However, fresh students will pay miscellaneous fees which when compared to the school fees, it’s very affordable.

Also Read: Category B Schools in Kumasi: Everything you Need to Know!

Various Houses And Their Colors

1. Our Lady of Fatima House

All programmes have a duration of three (3)years to complete.

Let’s take each course one after the other and let’s look at the elective subjects for each programme.

Elective courses are selected according to each student’s preference. In addition to the core subjects, a student can choose 4 subjects;

A business student can choose from;

Students can choose any four.

With Management-In-Living as the general subject for all home economic students, students can choose any three from the following in addition to all the core subjects.

In addition to the general core subjects, a student can choose one of the above programmes.

The administration of St. Louis like most senior high schools is headed by the Headmistress who is supported by three Assistant Headmasters in the Administrative, Academic, and Domestic fields. Other very important authorities are the School Accountant, Counsellor and Bursar.

These are officially allowed activities that students engage in at school. They are not part of the main academic work. They include sports and games, activities relating to clubs, societies and religious groups, entertainment, etc.

A list of clubs and societies are as follows:

UT SINT UNUM, we shall be one

DIEU LE VEULT, The will of God

Setting the pace is our hallmark

I am proud to be in St. Louis Senior High School.

The integrity of the nation, depends on us

Posterity depends on us

We shall always be the best among equals

Arise you all, to serve our God

Defend with strength, the Church of God

Seeking the truth is our calling

The integrity of the nation, depends on us

Posterity depends on us

We shall always be the best among equals

Come join with me, to hail St. Louis

I am the beacon of womanhood.

May the Mother of God be my model and my strength

The integrity of the nation, depends on me

Posterity depends on me

I shall always be the best among equals

WHAT IS THE CREST OF ST. LOUIS ALL ABOUT?

Inside St. Louis Crest are images that capture the historical background of the school, as well as the aims and intentions of the founding mothers for their children. Let’s start from the bottom left-hand corner of the crest, and dive through the symbolism that lies in it.

The castle comes from the fabric of the St. Louis Order. The royalty of St. Louis, King of France, is captured by it.

The St. Louis girls should radiate the qualities characteristic of royalty in the following ways.

The lily of the French Court, that is St. Louis’ lily symbolized purity.

That is St. Louis’s sword. He went to the crusades.

The essential lesson of the sword is that hard work and the exercise of talents are both essential parts of life.

The laurel is the symbol of victory, or the crown of success, or the healthy glow of youth and vitality. That is why Rossetti says the laurel is “the sign of the perfect prime”.

In ancient Greek times, the victorious athlete had a laurel slipped on his head. So, when the hard work has been done, success crowns one’s achievements.

The lesson here is that the sweet smell of success is coupled with the toil of hard work.

The Motto of the Religious Order;

The Dieu Le Veult that we have been talking about was the motto of the St. Louis Religious Order.

Originally, the St. Louis nuns had only the French Dieu Le Veut (God willing) for the School Motto. Sometime in the 1960s, the Latin top line, Ut Sint Unum, was added.

The Latin addition was tacked on, in order to cater for the St. Louis cluster of schools, so as to distinguish the educational establishments from the convents. Together, the two strings read: God wishes that all may be one.

History has confirmed that it is only when there is unity, harmony, and tranquility among people that any kind of development or progress occurs.

It therefore only makes sense to pray that peace will reign so that the good fortune that we so wish for will crown our efforts.

Interestingly, in this short single motto, two languages coexist without any backdrop. The Latin top blends into the French bottom to read in English, “MAY GOD WILL IT THAT ALL MAY BE ON”. 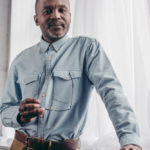 Nana Santuoh, manages digital web products and leads the editorial team at Kumasiano - a mouthpiece for African and black people while reminiscing their good old days back home. 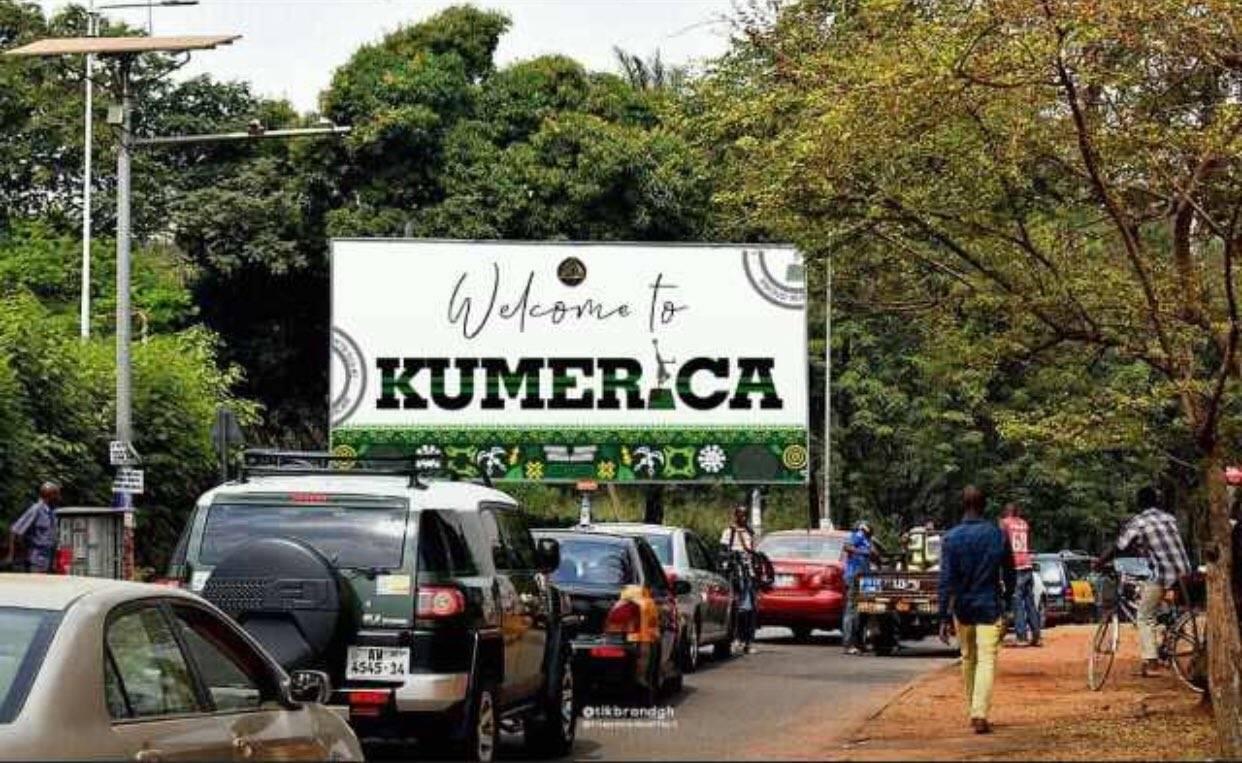 PrevPreviousCategory A Schools in Ashanti Region 2022
NextYaa Asantewaa Senior High School: Everything You Need To Know!Next 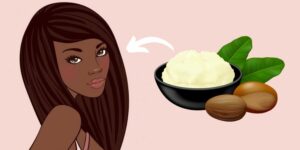 What Does Shea Butter do for Your Hair? All You Need to Know!

Shea butter is rich in nutrients which are good for itchy and flaky scalp. Also, the moisturising properties of shea butter help in getting silky, 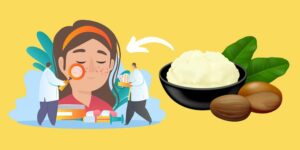 Does Shea Butter Help With Scars? Everything You Need to Know!

Does shea butter help with scars? Regular massage with shea butter can help in stopping scar tissues from reproducing, making the skin texture better and 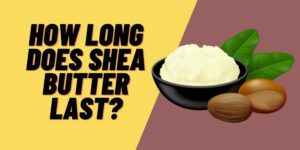 How Long Does Shea Butter Last? Everything You Need to Know!